A recently translated interview regarding Armored Core 1’s development was released by Shmuplations. It gives a very good account on how Armored Core came about, and how Shoji Kawamori shaped the style that made iconic designs the franchise is known for.

Some interesting choice quotes from the interview that we’d like to clarify on:

—How did you divide up the different design components for the mechs?
Kawamori: It took a lot of time to figure out how finely we should categorize the parts. There were programming limitations to consider, as well as game balance issues. Currently, we have the core torso unit, the arm unit extending from the shoulder to the hand, the option for weapon loadouts on shoulders (left and right), then the head and lower body units.

The lower body unit, in particular, has a wealth of options, from bi-pedal human type legs, to avian-style joints with reverse articulation, and even four-legged mechs and tank-tread types. In the beginning, we’d planned even more categories: the arm alone would have been comprised of three units (a shoulder, arm, and hand unit). But that would have been WAY too much work. (laughs) And the potential combinations would have become truly astronomical then.

Interesting that Extensions became a thing in the PS2 era, when technology finally allowed them to take one smaller step to their initial ideal version of Armored Core design. Maybe From can reach out into its deep past and add those arm and hand weapon mounts this time.

—You said there was a lot of trial and error, but at what point did you ask Kawamori to do the mecha design?
Karasawa: We created a prototype with a robot, and once that was moving and able to fire missiles, then we started to see how this would shape up as an action game. That was when I contacted Kawamori. We don’t have a “mecha expert” among our internal staff at FromSoftware, so the mech design at that point looked like dolls constructed from cardboard boxes. (laughs) However, although the mechs looked crappy then, the movement itself was well done, and I thought it would be a shame to waste that on lame designs, so we decided to contact someone who could make the mechs look right.

Read up on Shmuplation’s whole translated interview here, it’s an interesting read for sure.

Thank you Nix for sharing the interview, and special thanks to Hellhound 13th for archiving Armored Core’s first PV.

On January 28, 2023, the Philippines’ newly-revived Gundam EXVS community held a monthly play-off at Playbook Circuit Makati, with nearly two dozen participants in a community meetup on a mock tournament. The Gundam EXVS Philippines community reached out to us, as they have an interest in Armored Core as well, so we had to go check their community out. 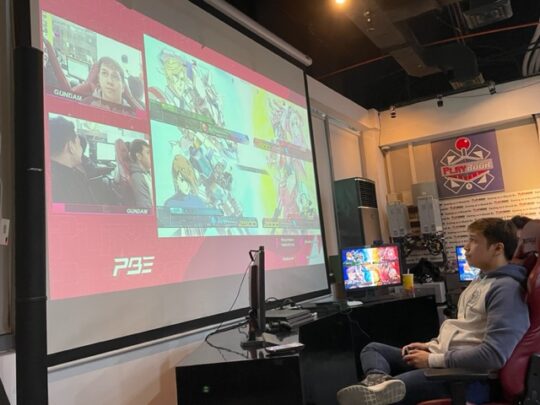 The EXVS mini-tournament used an MMA-style ladder bracket with a round-robin system and will move on to a double elimination format later. PS4s lined the venue setup with an equal number of flatscreen TVs, a giant projector on the wall to view matches, and Playbook’s own streaming channel online on Twitch for anyone to view online. 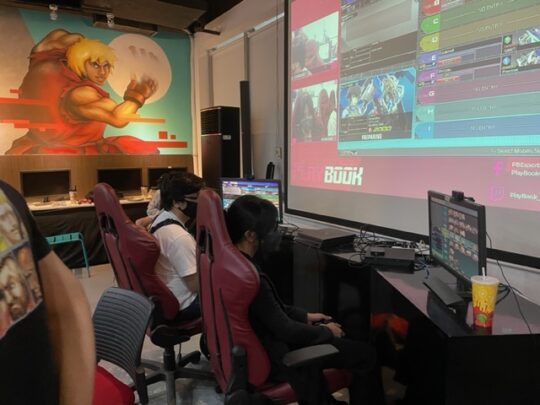 The event was well-organized and serious, but also had a fun atmosphere. There was also a PS3 set up with a copy of Armored Core for anyone to play, which this author gladly tinkered with outside viewing matches.

The community is also excited for the release of Armored Core VI: Fires of Rubicon and can’t wait to create their own ACs.

Congratulations to the winners, and may fortune be with you in Rubicon 3 when Armored Core VI is released! 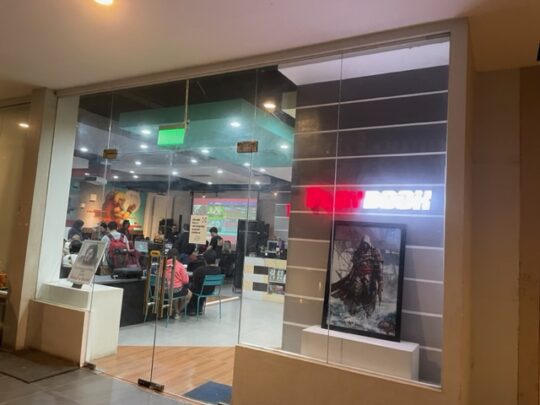 Developed by RedRoryOTheGlen, this indie game project combines elements of previous Armored Core titles, featuring mech action and a garage for tinkering with your mechs. Movement and combat mechanics in particular are heavily inspired by ACV.

In his words, the game “started out as a learning project to make things walk in Unity so it’s still called ‘Walker’ in places…” but honestly, its already got the rough foundations of an Armored Core game, especially the 4th and 5th generation releases.

Best of all, it’s free. Give it a try and download the game here.

Check out a gameplay video:

Some additional info from the developer:

The yellow bar above HEALTH is your ARMOR. As long as you have any amount of ARMOR, damage to your HEALTH will be reduced by a certain amount dependent on the PENETRATION of the damaging weapon. If the weapon has a penetration of 20%, you take 20% of damage to HEALTH and 80% of the damage to ARMOR. Once your ARMOR is depleted, you’ll take 100% damage to HEALTH. Enemies also have armor and you may see the red !ARMOR! alert flash occasionally if an enemy you hit has some and reduces your damage.

Ah Last Raven, the game that brought Raven Republic together. Somehow, this one was different from the moment it introduced itself. Compared to all other Armored Core games before and after, its opening video didn’t have any music. Sure, one may argue that it had ambient background noise or that the gunfire was the music, but after so long, we’ve finally uncovered what might have been the original music that was supposed to be playing in the background.

A few years back, From Software released the Armored Core Original Soundtrack 20th Anniversary, a series of 20 CDs containing all the soundtracks made for the games. The last CD included missing songs from the game, mostly from promotional videos.

One of them was used for LR’s PV on From’s site back in 2006. Match that with the actual opening, and you get a clear idea of what the original music was supposed to be:

With Elden Ring winning GOTY 2022 and FromSoftware’s reputation as a mover and shaker in the gaming world, the attention has suddenly shifted towards their upcoming Armored Core title. No doubt, people unfamiliar with the franchise are curious as to what it’s all about. Why would FromSoftware, the developer known for Soulsborne titles, go back to a clunker robot game? And with more than a dozen entries in the series, each generation serving as a soft reboot of the franchise, it’s a daunting task to pick where to start, right?

I’ll help you out. You should start with Armored Core 3.

END_OF_DOCUMENT_TOKEN_TO_BE_REPLACED

IGN recently sat down and interviewed the creative leads of Armored Core VI, From Software president Hidetaka Miyazaki and game director Masaru Yamamura. Burning questions were asked about the gameplay, and we can almost be certain that it won’t be the Soulsborne/Elden Ring gameplay people have come to expect from the studio.

Besides that, the interview highlights how From will use their wealth of experience in the past few years in developing the next Armored Core title.

Come and speculate with us on what Armored Core VI might be shaping up to be in our forums.

Thanks to farmboy28 for alerting us of this in the forums.

It’s been almost a decade, but get ready to suit-up, Ravens, NEXTs, and fellow mercs. Armored Core VI was just announced in The Game Awards 2022, and I can barely contain my excitement.

From the looks of things, it will be a combination of designs coming from all AC games, with hints of Primal Armor from 4, weapon switching from V, and maybe new core functions. These are all speculation for now, and we will continue to track Armored Core VI as we approach its intended 2023 release date.

Come, let us all bask at the warm glow of Armored Core VI’s trailer once more:

Quite possibly the Front Mission game we should’ve had instead of the spin-off Front Mission Evolved. Dual Gear is being created by a small group of five developers, that aim to bring a top-notch mecha strategy game to life for your PS4/XB1 or Mac/PC. And they just might be able to pull it off with the support of mecha fans. Gifs, vids, and more info after the jump.