Famitsu magazine released details that Bandai Namco have announced Macross Trial Frontier for the Playstation 3. The PS3 game is set to be a sequel to Macross Ultimate Frontier released a year ago for the PSP. The game itself is bundled with the first Macross Frontier movie in one blu-ray disc packaged as “Macross Frontier: Itsuwari no Utahime ~ Hybrid Pack” an unusual method of distributing a game similar to the blu-ray release of District 9 included an early demo of God of War 3 for the PS3 as well. Hit the jump for the magazine scan: 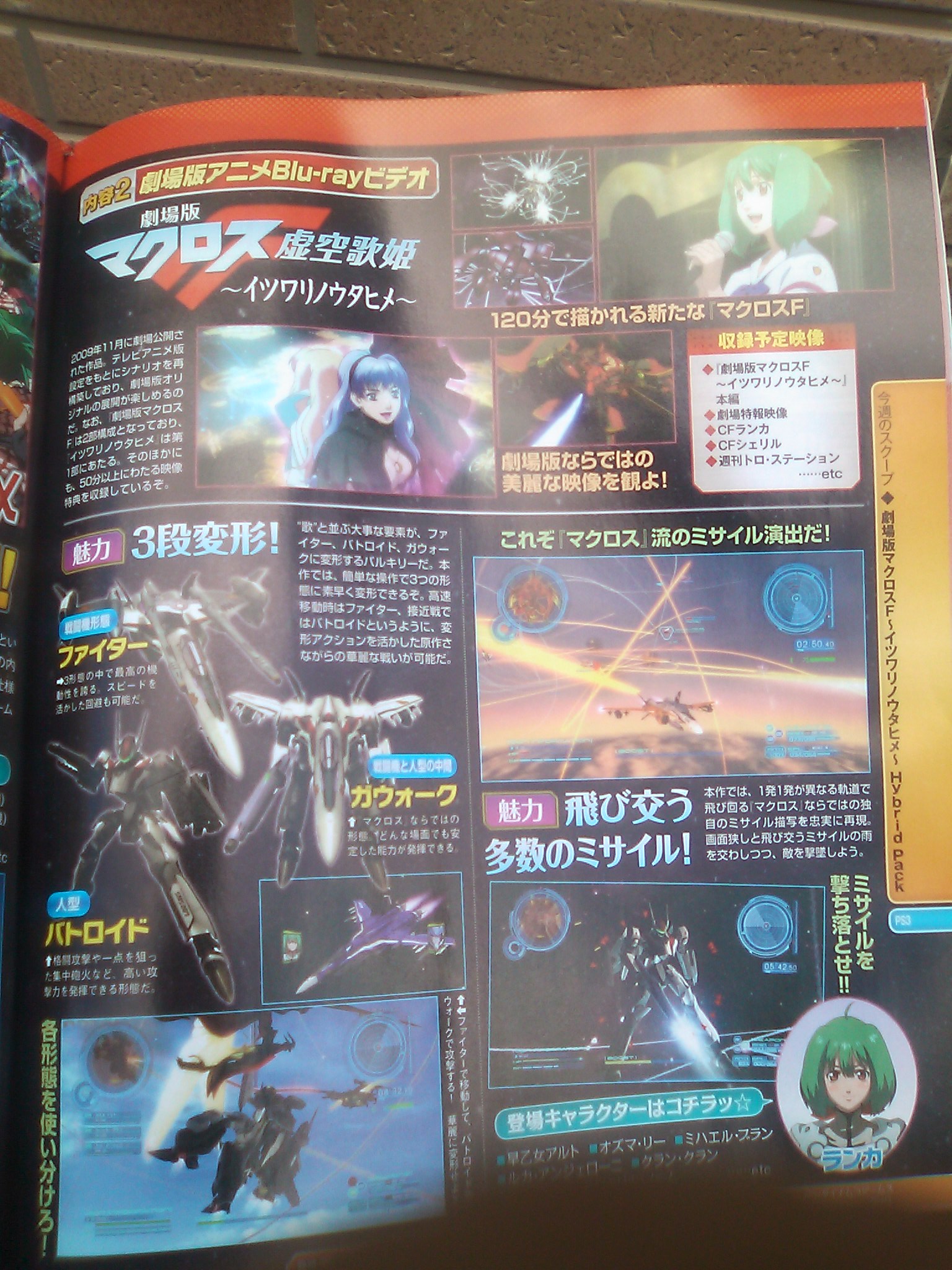 The game features full transformation capabilities for the player’s VF, and likely a variety of other units will be available for the player to choose. Gameplay appears to be similar to the PSP titles, though added buttons on the PS3’s controller might mean extra functions impossible to do on the PSP.