Aside from Armored Core and mecha, the members of Raven Republic also have a deep appreciation for competitive fighting games such as Tekken. So of course, the much-awaited console release of Tekken 6 made several of us ecstatic, arch_angel in particular. Check out his passionate review below.

Okay, here’s my low-down on T6 after a few days of playing. And yep, there are a lot of gripes.

First off, the core gameplay is great. It’s still the same Tekken we know and love. Intense matches with atdsutm made me feel that way. Characters feel slightly heavier in comparison to T5/T5:DR, but hardly noticeable. It’s not as bad as stock T6, as the first version of T6 played like the characters were wearing concrete boots/shoes.

The graphics are great. Okay, some people say the arcade version was better. But then again, its on a machine with more memory and optimized for that game only. This is probably not as great, but it’s really close so I don’t mind. You also have the option to change the coloring of the screen to bright cartoony or a more realistic darker tone. You can also turn off motion blur to get more anti-aliasing, but I’d rather have it on.

Now for some (if not many) of the gripes I have.

The user interface seems rushed. Labels here and everywhere, and when you’re in a match, the stupid text in the center bottom of the screen displays what mode you’re in. Unneeded. Also, a lot of “help” texts pop up when you’re in game like, “Jabs are the fastest moves n the game, use these for priority,” stuff scrolling around the bottom. It doesn’t feel refined.

The loading time is god-awful even when it’s fully installed. Also, before the game starts, it ALWAYS loads up the trophy system (Who needs this anyway? Who the hell introduced this garbage to the gaming world? Bragging rights? So what?).

Theres this prompt before the main menu loads up that will ask you what side of the screen would you like to play in. But for practice mode, you’re always on the left side. WTF.

Scenario mode is utter BS. This is the only mode that allows you to earn the unlockables and get wads of cash. Controls are clunky, and the cut scenes are terrible.

Well, that’s it. I barely notice the clutter in game, but just patch it BAMCO for Christ’s sake. It took you two years to make this. Make it right. A few tweaks and this will be an even moar awesome game. 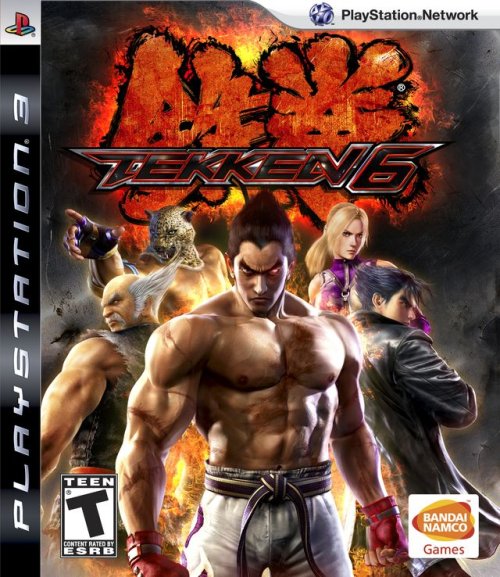 Feel free to join the discussion in our forum.