A joint Russian and Japanese animation project titled First Squad: The Moment of Truth has received an award from The Moscow International Film festival, and will premier in theaters across Russia on October 15, 2009.

The story is set in the middle of the Second World War in the Russian/German front in an alternate reality. Both sides of the conflict are on a stalemate and are fighting desperately to turn the tide in their favor. At the same moment, a Nazi occult organization known as “Ahnenerbe” has determined when the next “Moment of Truth” will occur; a rare event where a single individual can change the course of human destiny. An anonymous Soviet officer was determined to be blessed with The Moment of Truth, and unless he is eliminated, victory will surely favor the Russians. The “Ahnenerbe” occult organization thus summons the soul of Baron Von Wolff, an undead crusader from the 12th century to eliminate this individual. Upon hearing this, the special occult division of the Soviet Intelligence sends its best agent, 14-year old Nadya, the sole survivor of the “First Squad”, to counter this plan.

While initially comparable to Valkarya Chronicles, First Squad seemingly has a darker tone than the former. For those who are craving some action, there is a lot of it based on the trailers, and a little extra for those who are looking for something different. The Nazi forces include an undead baron summoned from the underworld along with a legion of undead soldiers, bi-pedal mecha, and Kerberos style storm troopers. The members of First Squad have super human abilities, making it a free-for-all mix and match fight between mecha, zombies, super humans, and soldiers.

UPDATE: Okay, maybe the trailer looks awesome, but much of the mechs and action were missing in the actual film. 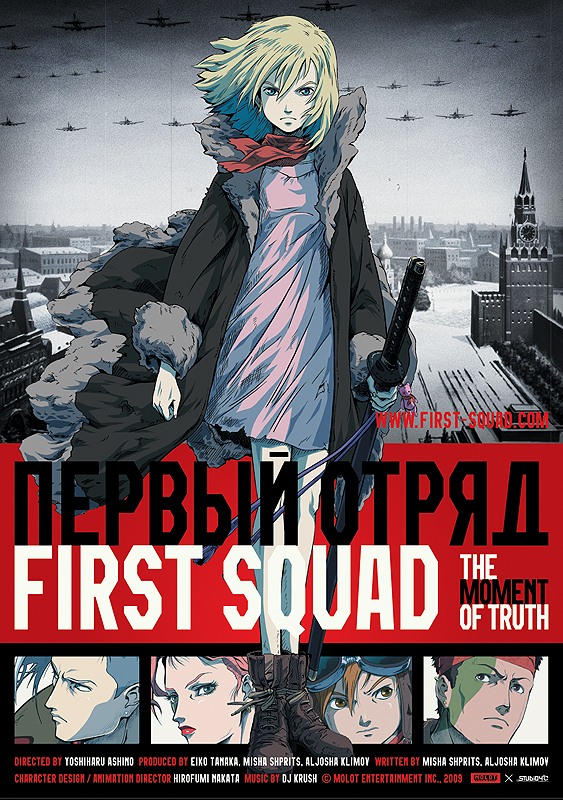