SEGA’s team-based action strategy game Border Break has recently been released in arcades across Japan. Border Break features 10-on-10 network combat, 4 distinct mech classes, and an innovative touch screen menu to communicate and delegate commands to other players. Primary controls include a joystick with an analog nub on top, as well as a 4-way trackball on the right side.

Players will select an avatar for their character and can also save their data into data cards much like in Initial D. The data cards are able to unlock rewards for each succeeding gameplay including new mech parts, upgrades, and avatar accessories which are chosen at random.

SEGA thought of quite an innovation coupling an intuitive touch screen system with a joystick interface. The touch screen interface allows for more detailed commands such as ordering units to attack a particular location, and telling repair units to attend to an ally. In turn, this essentially simplifies communication between players without resorting to voice communication, though there are concerns of the possible greasy feel of the touch screen after a number of people play with the game, as who knows where they’ve been prior to playing Border Break. :p

Below are Border Break’s stylish promotional video and gameplay footage.

Also, model kits of Border Break are coming up courtesy of Kotobukiya, the same makers of AC model kits, which is scheduled to be released on January 2010. 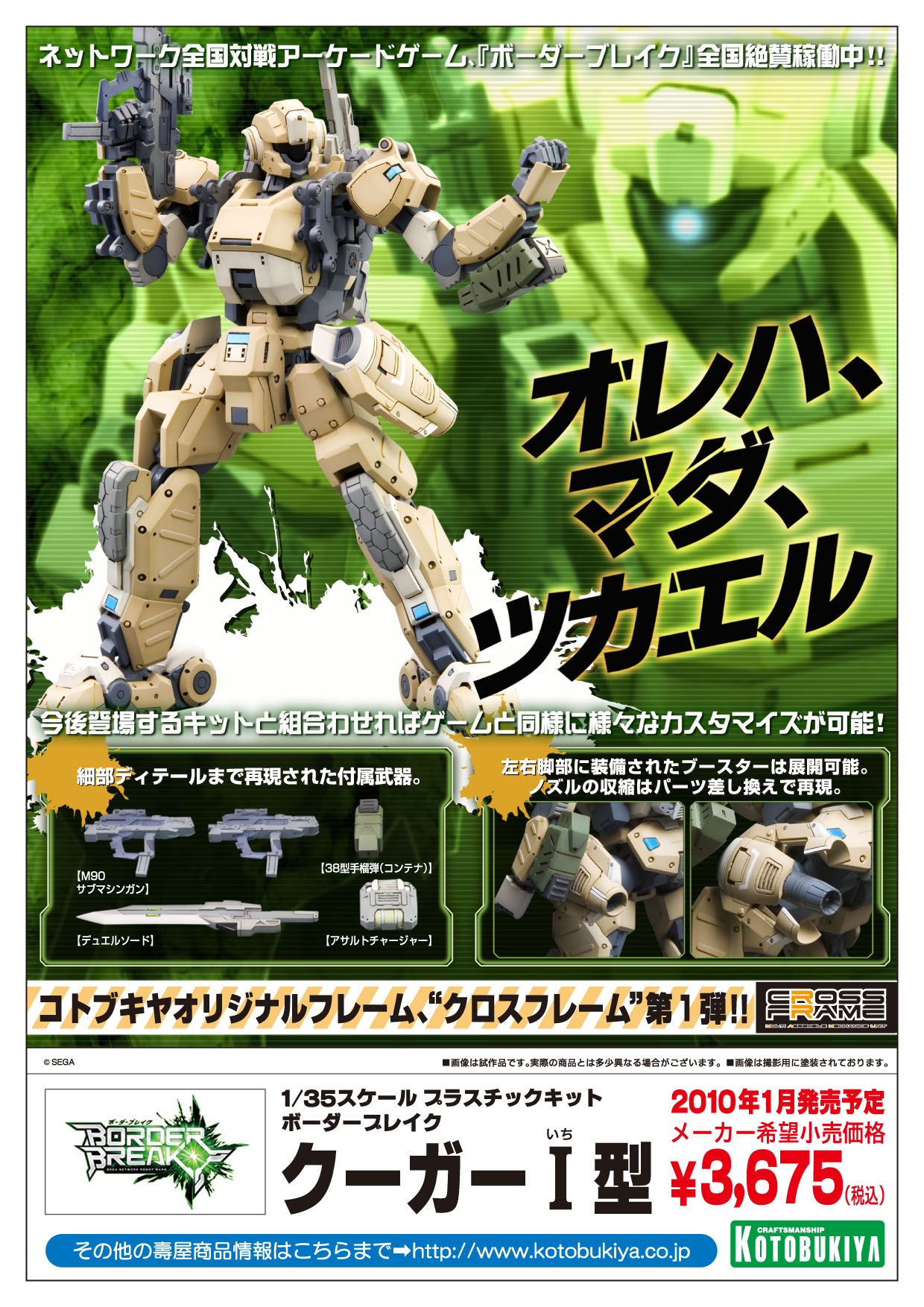