New information on Armored Core V, such as a new Mercenary System, has recently been revealed on several Japanese gaming sites, which unfortunately, we can’t understand. But there’s always Cacophanus of Mecha Damashii, who was, as usual, gracious enough to fill in the details for the English-speaking crowd. Head on over there to read about it.

The only bit of information that we can add comes from a comment on Armored Core Official stating that AC-assembly is now possible mid-sortie. How exactly this will be handled is yet to be revealed.

Meanwhile, I’ve compiled most of the new screenshots for your convenience and enjoyment. 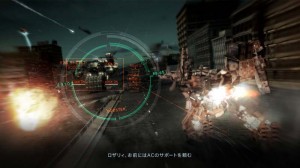 The ring seems to be the new reticle to replace the so-called lock-box from previous games. 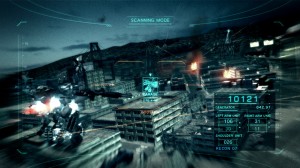 This screen shows the Operator’s view, which seems to provide much more data than the in-AC view in the first image. 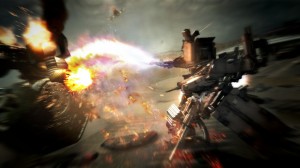 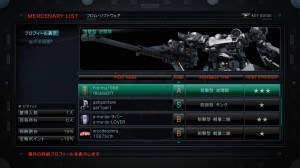 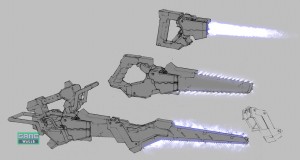 Concept art for what appears to be a beam flaming chainsaw, among other concept art made available